Ararat - Slask: everything will be decided on the field 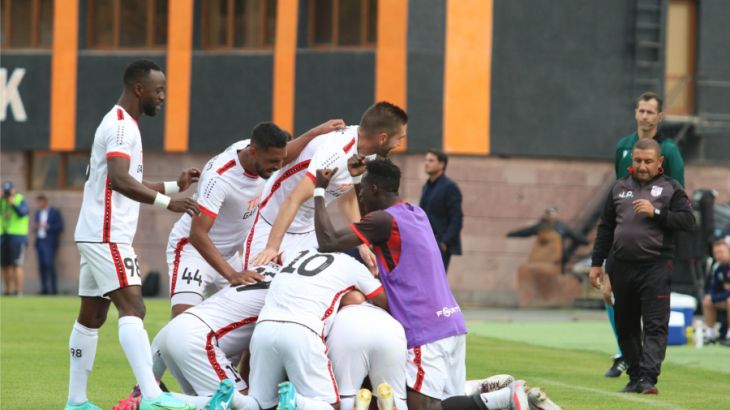 Ararat Yerevan continues to compete in the UEFA Conference League. Vardan Bichakhchyan's team performed brilliantly in the first qualifying round. Ararat with a total score of 3:1 defeated the Hungarian Fehervar, proving that there are favorites in football only on paper.

In the second qualifying round, Ararat got the Polish Shlask.

As Vardan Bichakhchyan noted before the match, Slask and Fehervar are equal in level, and Ararat will face a very difficult test. The first match will be held on July 22 at 17: 00 at the Gyumri City Stadium.

Slask was founded in 1947 and renamed several times in its history.

Slask plays its home matches at this stadium. One one of the most beautiful stadiums in Europe and one of the stadiums hosting Euro 2012. It holds 45,105 spectators and Slask receives a lot of support here.

Of course, this is also thanks to the Slask fans who are famous for loyalty, who are one of the most powerful fan groups in Poland. Fans of the club very often call themselves "noblemen from Wroclaw".

Jacek Magiera and his team

"I will say that Slask is a strong team, equipped with good players. I also know that the team is headed by a fairly experienced coach. This fact is probably the most important, " Vardan Bichakhchyan briefly spoke about his opponent at the pre-match press conference.

Skasj is not considered a grandee even in Poland with its composition. There are quite fast and high-class football players. The most important "weapon" of the club is the head coach Jacek Magiera. A coach who is experienced and has worked for many years at Legia Warsaw. Having coached the team for 9 years, he played more than 170 matches for it.

During the pre-match press conference, Magiera noted that he knows the climatic conditions of Armenia and neighboring countries well, and therefore they arrived in Gyumri 2 days before the game. They managed to train, adapt to local weather conditions, and, according to the coach, they are preparing to win.

Magiera has created a good team that plays disciplined and competent football, however, as the head coach of Ararat Vardan Bichakhchyan noted, everything will be decided on the field.

"The team has prepared well for tomorrow's match. Alik Arakelyan and Juan Bravo are also ready for the match. We always try to play balanced football. As you know, each round of the conference consists of two matches. In my opinion, everything will be decided in Poland, therefore, we will play balasovanno. In no case do I see any reason to go all-in in the first game"

This is probably the most important part of Vardan Bichakhchyan's pre-match press conference. The Gyumri specialist noted that the team has a clear program on how to play and not deviate from it. Only the game will show what will happen as a result.

There are no losses in Ararat, the team has recovered and is fully ready for the game. All this was confirmed by the team's midfielder Karen Muradyan. Serge Deble is also ready to spend more time on the field, which is a great benefit for the team. All the other positions are ready.

The second game against Fehervar was very impressive. Ararat not only won, but also did it in a beautiful style, leaving no doubt about the victory. Before the match with "Shlensk", many people note that if the team plays with the same dedication and discipline, then reaching the third round may be very likely.

Vardan Bichakhchyan has not yet overcome the barrier of the second qualifying round of European competitions, but now there is a very good opportunity to write history.

"There is no tension over this fact," Bichakhchyan said. And indeed, seeing how Ararat threw Fehervar out of the fight, we can clearly say that Ararat will not lose to Slask and will definitely fight until the last moment for writing another memorable page in the history of the club.